Crystal Palace have refused an attempt by Bayern Munich to sign their star man Wilfried Zaha on loan until the end of the season.

Bayern are among the clubs in pursuit of the Eagles talisman but they do not want to buy until the summer.

The German champions have held talks with Zaha’s new agent Pini Zahavi this week, and were keen to secure him on a short-term deal with an option to sign at the end of the season, but Palace have flat-out refused.

Wilfried Zaha is being linked with a move away from Crystal Palace, but the club want £80m 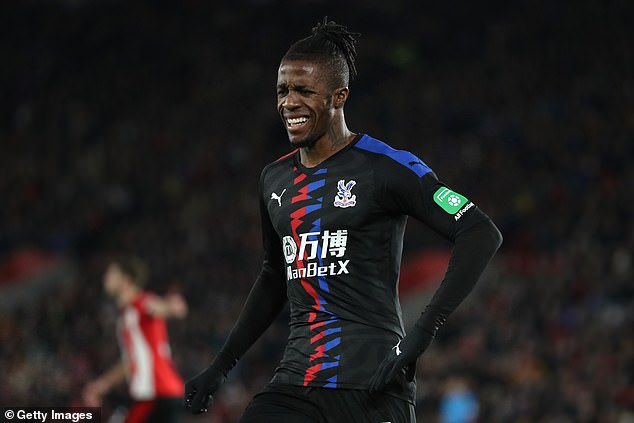 Zaha has made it clear he is determined to move on from Selhurst Park to test himself in the Champions League.

Chelsea, Arsenal and Tottenham have all shown interest but are struggling to meet the asking price.

Arsenal turned instead last summer to Nicolas Pepe who is younger and cost £72m from Lille, with the French club prepared to accept the fee in instalments.

Chelsea and Spurs are both in the market for a striker this month and know what they have to do to steal ahead of Bayern.

Bayern’s interest in Zaha is strong, though, and they are expected to return again in the summer if he remains at Palace beyond the January window. 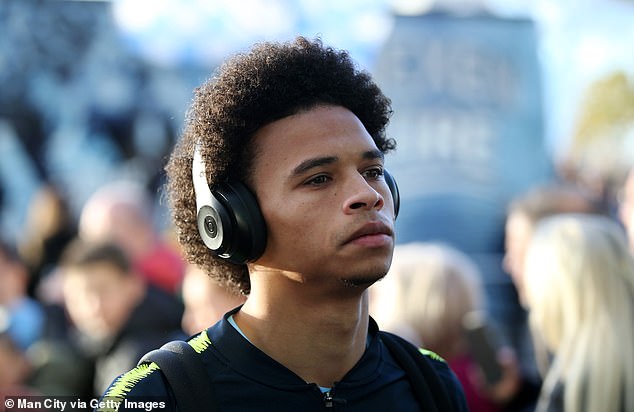 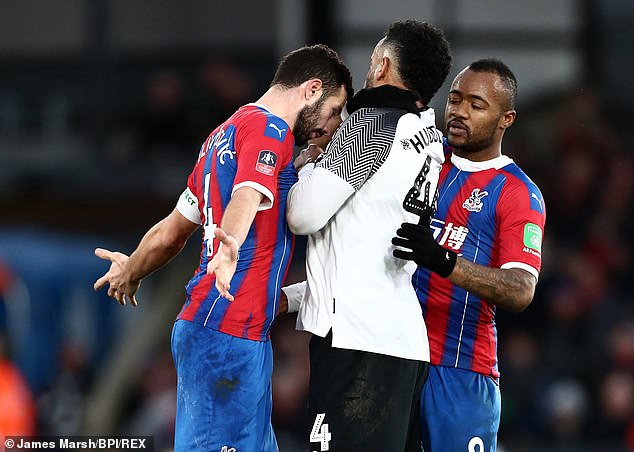 Palace are without a number of top stars at the moment, including captain Luka Milivojevic (L)

Meanwhile, the Bavarians are still hopeful of signing Leroy Sane from Manchester City in the summer, having failed to secure a deal last year.

Palace currently sit ninth in the Premier League, with an outside chance of a shot at a European place, but have been hamstrung by a series of first-team injuries in recent weeks.

Roy Hodgson’s side went into their FA Cup third-round defeat by Derby with seven injuries and came out of it with nine and a three-match ban for club captain Luka Milivojevic.

Who is Tottenham target Gedson Fernandes?