New Year, same old Ronaldo! Cristiano slams in the FIFTY-SIXTH hat-trick of his career to send Juventus top of Serie A as their star man outshines Zlatan Ibrahimovic on his return to Italian football

If Cristiano Ronaldo made a New year’s resolution to score more goals in 2020, he got off to the perfect start after Juventus dismantled Cagliari.

The Portuguese superstar was back to his clinical best and struck a sublime hat-trick – the fifty-sixth of his career – as the Old Lady took all three points to momentarily go three clear in Serie A.

Ronaldo, sporting a new-look top knotted hairstyle, began the year with a bang after rounding Cagliari goalkeeper Robin Olsen to slot home what would be the first of a barrage of goals. 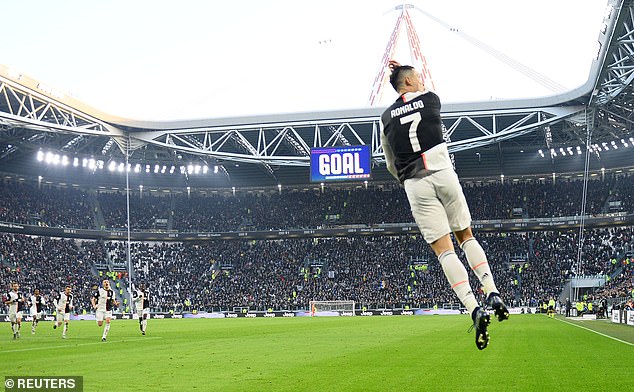 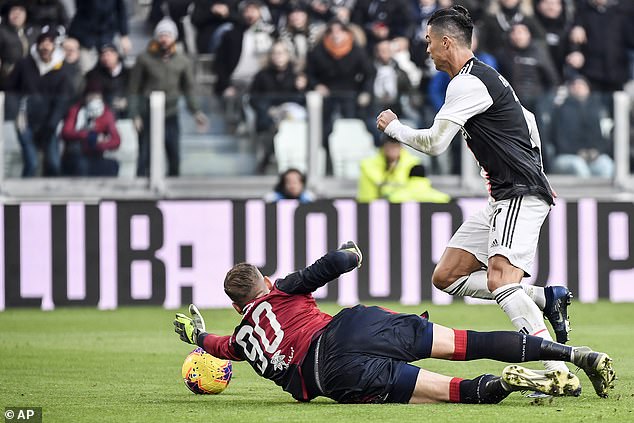 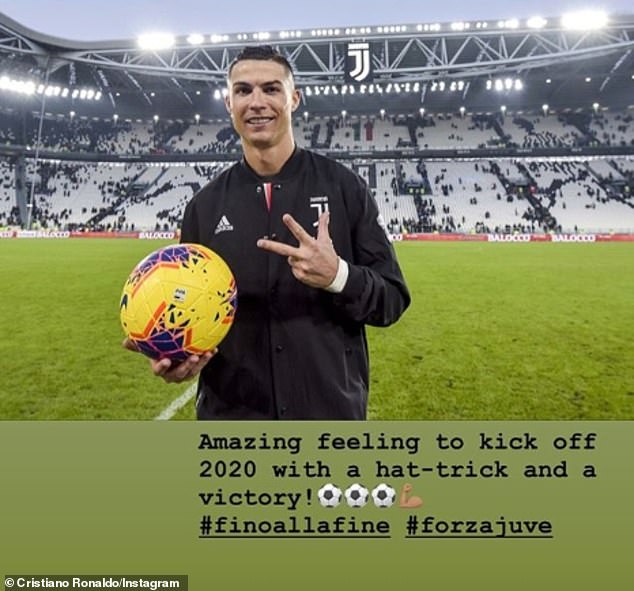 Pulling off his trademark celebration, Ronaldo’s appetite for scoring was only about to grow, with 17 minutes separating his first and second goals.

Team-mate Paulo Dybala helped the veteran forward add to his growing tally, after being felled in the box to win a penalty following a mesmerizing run. 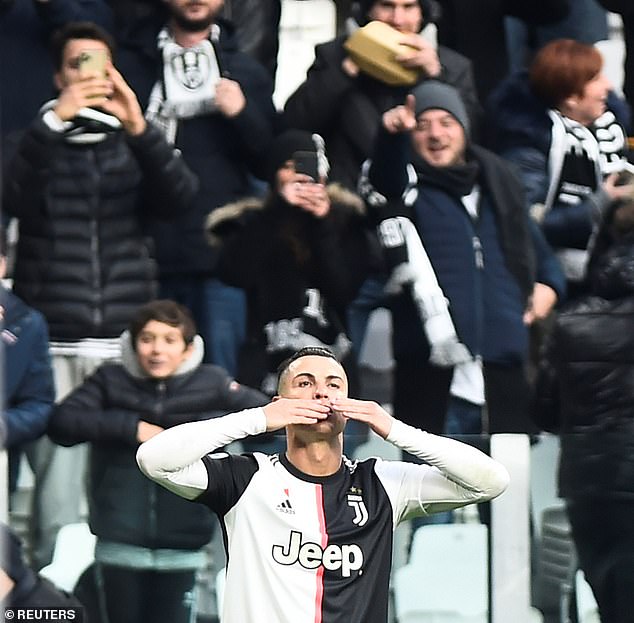 Cristiano Ronaldo banged in his hat-trick to the sound of Blur’s iconic anthem Song 2, after fans voted for the track using a pioneering poll operated by blockchain technology.

Juve have become one of the latest teams to partner with Socios, giving fans a say on team affairs with the use of cryptocurrency.

Each $JUV costs approximately €2, with the price fluctuated depending on the exchange rate of Chiliz $CHZ – the digital cryptocurrency that powers the process.

Ronaldo stepped up and slotted the ball away with aplomb, adding to Olsen’s humiliation by sending the ‘keeper the wrong way.

With ten minutes remaining in the clash, Ronaldo remained alert and diligent, screaming for the ball after a swift counter attack before keeping defenders at bay and finding the bottom corner at close range.

It capped off an emphatic 4-0 demolition for the home side, as substitute Gonazlo Higuain also found the back of the net.

Ronaldo was going about his business in exemplary fashion on the same afternoon in which Zlatan Ibrahimovic returned to Italian football.

The 38-year-old Swede made his second debut for AC Milan from the substitutes bench after re-joining the club as a free agent, but failed to make an impact during a fruitless 0-0 stalemate. 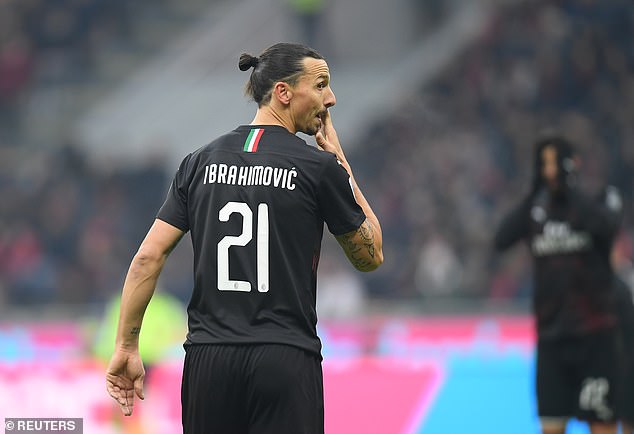 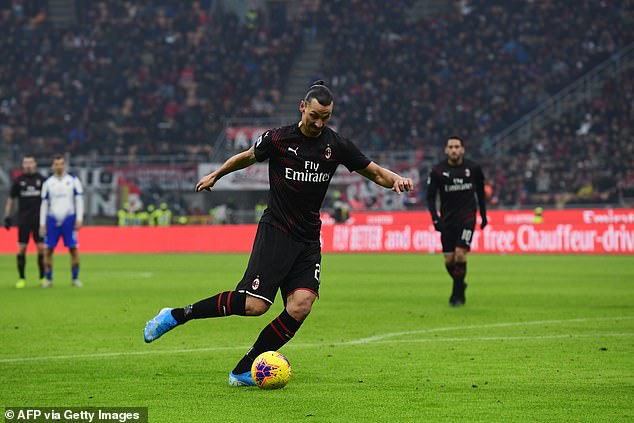 Ronaldo is now on 13 league strikes for the season, and sits in second place in the Serie A scoring stakes.

Lazio’s Ciro Immobile leads the way with 19 goals to his name, though has played more minutes that the former Real Madrid and Manchester United man.