Chelsea have recalled Conor Gallagher from his loan spell at Charlton Athletic.

The highly-rated teenager is set to train with the Blues’ first team on Tuesday while discussions over his next move take place in the coming hours.

Gallagher has attracted interested from a number of Premier League and Championship sides after impressing while on loan at the Addicks.

Burnley and Norwich are both keen at taking the midfielder on loan for the remainder of the season.

QPR, West Brom and Swansea City are also interested in the 19-year-old.

Gallagher joined Chelsea as an eight-year-old and is one of the shining lights of the club’s academy; winning the FA Youth Cup in 2016-17 and 2017-18.

While discussions about his future will take place on Tuesday or Wednesday, manager Frank Lampard would be reluctant to sell a youngster with huge potential – especially given his policy to field youth players this season.

Gallagher made a flying start to life at Charlton, scoring six goals and providing three assists in 26 Championship appearances this season. 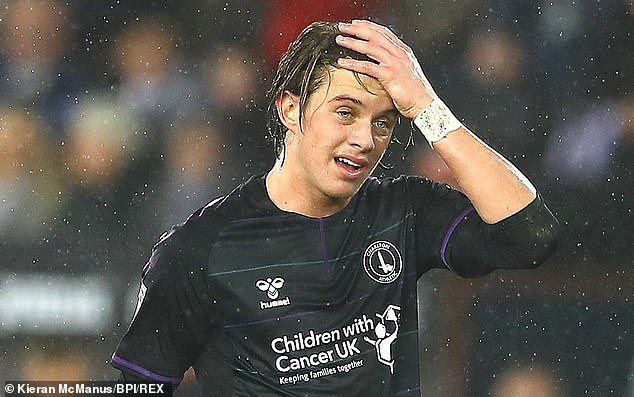 He told the club’s official website: ‘I’m disappointed. I didn’t see this coming if I’m honest which makes it harder to take. At the end of the day, though, we have to move on.

‘He’s been a credit and a pleasure to work with. He’s come in and put his body on the line every single day. He’s scored us goals and helped us win games.

‘For someone so young, he’s a great talent to work with and I wish him all the best for his future. He’s come in, learnt and he’s going back a better player than we received and that’s what our job is – to improve players.

‘I would like to thank Chelsea for loaning us Conor. The most important thing now is that Conor goes on and progresses in his career and we’ve got to move on and try and find a replacement.’